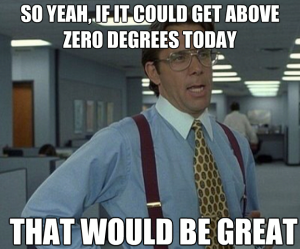 Hello once again folks, sorry for the hiatus, but I’ve been recently swept into the 9th circle of corporate abyss I have come to know as I-core. This week we’re going to be looking at movie trailers starring or inspired by some great (or interesting whatever way you see it) artists and musicians. Some are old, some are new, but regardless a great deal can be learned from all.

Chappie, I cannot pick two more perfect artist to guide a robot on what it means to be human and how being a black sheep is not even close to a bad thing. The two South African rappers Ninja and Yolandi Visser that comprise Die Antwoord fit perfectly into their roles in Chappie. If you’ve never heard or seen Die Antwoord I suggest you check them out and then go watch the trailer, it may make more sense that way. Due in theaters March 6th, Chappie may teach you a little about how being different though hard can be rewarding.

If you’ve never heard of Joy Division, one you’re doing life wrong, two you’re missing out on a key group in the English punk and post-punk movements, and three go watch the movie Control. Released in 2007, Control, depicts the rapid rise and the crushing fall of the too short lived flame that was Joy Division. Look up what Joy Division means, if you don’t find some sick twisted humor in the name and how faultlessly it fits a punk band name you need to get out more.

Eden, inspired by Daft Punk and various others who ushered in the rise of the French electronic scene in the early 90’s follows underground clubs, house parties, and the key establishment of a powerful culture. The film features some of the real life DJs who made the scene all it was including Guy-Manuel de Homem-Christo and Thomas Bangalter, who you know better as Daft Punk. Eden received top marks at this year’s Sundance Film Festival.

And here’s Passion Pit’s new song/video’s because I am way to excited to see him the day after my 21st birthday.