You are now listening to Car Seat Headrest

Car Seat Headrest is a lo-fi indie rock project from Leesburg, VA, currently in Seattle, WA.  It is the brainchild of Will Toledo, who self released most of his albums before this one.  This is the 13th released full-length LP in as little as six years, including the breakout album Twin Fantasy, and their album just before this one, Teens of Style–the first on Matador Records. Teens of Denial is 12 songs of pure power-punk, and with the three singles I heard before the album release, I was really excited.

The album starts off with the single “Fill In The Blank,” which honestly feels like it’s taken straight out of the 90’s. The song starts with the quote above, as if to introduce the band like, “This is what this band is all about, this is what you will hear.” From the first track I was dancing in my seat.  It really sets the tone for the rest of the album with its quick-paced beat and its loud, whaling guitars.

The first song set the tone for the album, the second single “Vincent” carried on this intensity.  “Vincent” starts off with this huge ramp up, until you hear Toledo’s voice begin as if he was in the middle of a sentence, “And half the time I want to go home.”  Lyrically this song is amazing.  It is about him finding that the place he lives is not his home, finding he may be different from everyone else that he knows.  This song never makes you feel comfortable as it changes stylistically throughout. Toledo really knows how to pair lyrics with melodies. I LOVE THIS SONG.

They got a portrait of Van Gogh on the Wikipedia page for clinical depression.  Well, it helps to describe it. 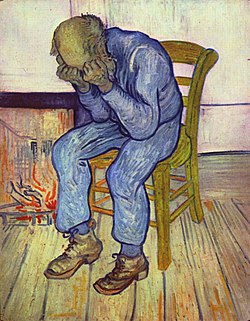 The third single, “Drunk Drivers/Killer Whales” is a quiet-core song that ramps up really well into the Killer Whales section.The quiet-core section is very nice and the punk portion is also very good.  The song doesn’t give off the vibe of being too preachy or pretentious which is a big problem in a genre like this.

Toledo keeps this punk sound throughout the album, not just in these singles. The style of these songs are used throughout the entire album, only switching it up a little between songs to keep the listener interested throughout the record.  Songs like “Drugs With Friends,” “The Ballad of the Costa Concordia,” and “Cosmic Hero” are sort of softer and more introspective, while songs like “Destroyed By Hippie Powers,” “Connect the Dots,” or even “Vincent” are more angst-fueled outward projections. This shift that Toledo makes throughout the album kept me interested in each song.

Overall, when I look at the album I see an album with great lyrics. The lyrics are the shining star of Teens of Denial.  You can really see the struggle that Toledo (or the character that Toledo creates) is having with his life.  Maybe things aren’t okay, maybe he’s just trying to find meaning in his everyday life.

I liked this album, and now I can’t wait to see them at Pitchfork.

Stars Are Blind by Paris Hilton: The Hero We Need